I normally write about issues involving legal gambling.  But the US Supreme Court’s upcoming decision to overturn Roe v. Wade raises the question: Can tribes open abortion clinics the way they have opened casinos?  Gaming law gives us part of the answer.

Indian law is based on federal statutes, appellate and Supreme Court cases – including Cabazon, which created the rights for tribes to run casinos – and the laws of the states where the tribes are located.

If and when the religious right-wing majority on the Court reverses Roe, it will be the first time in American history that the Court has taken away a federal constitutional right.  The states will then be free to do anything they wish.  Republican-controlled states will enact laws criminalizing abortion.  Democratic states will pass statutes and amendments to their state constitutions guaranteeing women the right to choose.

The Cabazon decision involved Public Law 280, which applies to most states, and the Assimilative Crimes Act.  These laws make it a federal crime to do any act in Indian Country if the state has made that act illegal.  So, using a gun on a reservation to take someone’s money is a crime because every state has laws against armed robbery.

But the state has to have a complete prohibition on the act.  California is a PL 280 state.  The state allows charity bingo, though making high-stakes bingo a crime.  The Supreme Court ruled in Cabazon that California does not have a public policy against gambling, let alone bingo, so tribes were free to offer the game.  Plus, under tribes’ sovereign powers, they could regulate the games themselves, including offering million-dollar jackpots.

(Congress quickly enacted the Indian Gaming Regulatory Act.  It basically wrote the Cabazon decision into federal statutory law, regardless of whether a state fell under PL 280.)

There are a lot of other cases involving attempts by entrepreneurs and tribes to open businesses on reservations that would violate state restrictions that would apply if the business was off-reservation.  The most common are selling tobacco, alcoholic beverages, fireworks, and other restricted items to non-Indians.  The Ninth Circuit even had to decide whether the Moapa Tribe could open a brothel near Las Vegas, since prostitution is legal in Nevada, although prohibited in Clark County.  (The answer is no because there is a federal public policy against prostitution.)

My (educated) guess is that tribes can open abortion clinics, but only in states where such providers are not necessary.  I do not think that courts will create a tribal exemption in Republican-controlled states, even in states with exceptions for rape and incest.

So, tribal sovereignty will not end the fight in state legislatures over a woman’s right to control her own body.

© Copyright 2022, all rights reserved worldwide.  Gambling and the Law® is a registered trademark of Professor I. Nelson Rose, www.GamblingAndTheLaw.com. 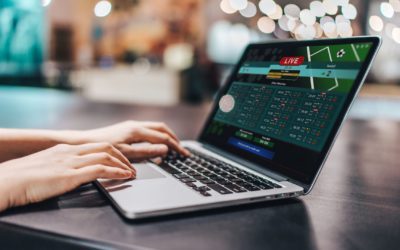