China Has Plans for Macau

All six casino concessions in Macau are about to expire. The big question is whether the US-based companies – MGM, Wynn, and Las Vegas Sands – will be able to continue operating some of the most successful casinos in the world.

Of much less importance is whether Macau will let other operators come in.

A concession is not a license: Each of the three concessionaires and three sub-concessionaires already has the right to open as many casinos as they want. They also can have unlimited numbers of partners, some of whom are the real owners and operators of their casinos.

The current limit on concessions really only serves to cut out two groups: Casino companies that failed to get in when they had the chance, namely Caesars and Genting, and wealthy Mainland Chinese companies like railroads, which like the cash flow produced by legal

All current concession-holders will undoubtedly be renewed. No matter how bad the relationship between the US and China – short of a shooting war – economic ties require that everyone play nice. American companies spent billions of dollars building the most massive casinos in the world; there will be no more foreign investments if Macau says, “Thanks. Now, goodbye.”

(Legally, if concessions are not renewed, the casino companies still own the land- leases and buildings, which, without legal gambling, would be the most massive white elephants in the world.)

There has also been a lot of anguish over the length of the renewals. The original concessions were 20 years. But the political and economic realities requiring renewals now will continue to exist in ten years.

The real danger comes from Beijing, which has decided to reassert control over Macau.

The People’s Republic of China was never happy with the pro-democracy politics of Hong Kong. It seized the opening it was given by COVID and Donald Trump’s weakness and cracked down, eliminating all demonstrations and free press.

Having gotten control over Hong Kong, Beijing turned to Macau.

The Chinese government has always wanted a bigger share of Macau casinos’ profits to stay in China. So, all American casino companies will have to sell more than 10% to local Macanese partners. And the government will decide when companies can declare dividends.

Top officials are concerned with the enormous amounts of cash fleeing the Mainland, often through smuggling. A new law puts more restrictions on junket operators, especially when cash is involved.

The PRC is a Marxist government and believes in imposing 10-year plans on its society. The massive Harbor Plan envisions remaking most of southern China, in a giant crescent from Hong Kong to the border with Vietnam. Factories will be built, villages turned into urban centers. Land-poor Macau will be given control over most of the large, neighboring Hengqin Island, where the University of Macau already built a $1.2 billion new campus.

Beijing has told Macau to diversify. My guess is casino companies will be told if they want their concessions renewed, they will have to contribute tens of millions of dollars to build soccer stadiums on Hengqin, and more public transport.

The southern tip of Hengqin is designated a non-gambling center for resorts, hotels, and amusement parks for Mainland Chinese tourists. Many will be funneled to the casinos in Macau; the new passage from Hengqin can handle 80 million people a year.

To ensure Macau’s casinos will change their focus from high-rollers to the mass market, the government will now have a representative on every casino’s board of directors. The proposed new laws will also require that a government representative will supervise day-to-day operations.

This is the most frightening proposal. I have had direct experience with Chinese government bureaucrats. When I first started teaching Gaming Law at the University of Macau, Business Class tickets from L.A. to Hong Kong cost $10,000; Economy Class only $3,000. So I said I would bring my wife and daughter and fly Economy Class, and the University would save $1,000.

“No,” I was told. “Full Professors have to fly Business Class.”

To get from Hong Kong to Macau, I took the Jetfoil.

“Oh! You went Business Class,” I was told. “You are only allowed to go Economy Class.”

By the end of next year, these same government bureaucrats will be in charge of the day-to-day operations of the Wynn Macau, MGM Grand Macau, and the Venetian Macau, the largest casino-hotel in the world.

What could possibly go wrong?

© Copyright 2021, all rights reserved worldwide. Gambling and the Law® is a registered trademark of Professor I. Nelson Rose, www.GAMBLINGANDTHELAW.com. 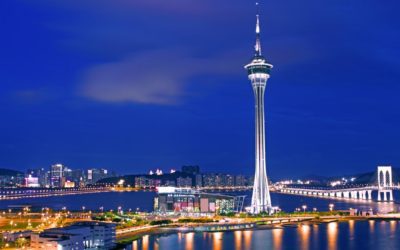 You know you are in deep trouble when one of the leading newsletters in your industry discusses the “silver lining” in being shut down: “Macau Casino Closures Provide Some Relief from Cash Burn.”  Asia Gaming Brief Macau casinos have so few gamblers, in fact, so... 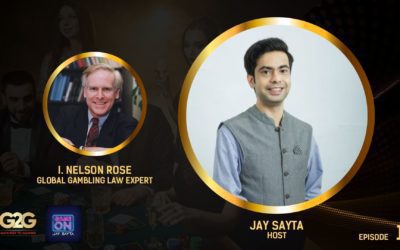