It is time to look again at the controversy over the right of casinos to shuffle cards in blackjack whenever the remainder of the deck favors the players.

Although the issue of casino dealers counting cards has been stewing for decades, the most recent flare-up is the result of technological breakthroughs. Casinos can now buy card-dealing shoes that read each card automatically as it is dealt. One player filed a formal complaint because he believed the automatic shuffler knew the final order of every card in advance, and could inform the dealer when the shoe became positive – a signal to shuffle up. Casino chips and tables can be manufactured with embedded computer chips, to keep perfect track of every wager.

The perfect card-tracking shoes and bet-tracking tables can be tied into computers programmed to recognize card-counting systems. The stated intent is to identify and defend against card-counters. In Nevada, that would mean asking the player to leave. In New Jersey, where counters cannot be barred, the casino would shuffle early.

The technology was designed as a weapon of defense. But, if the systems are that good, why not use them to shuffle whenever the count hurts the house?

Surprisingly, preferential shuffling may not be illegal. I would, nevertheless, strongly advise casinos not to do it.

In both New Jersey and Nevada, cheating is defined as doing acts which tend to alter the normal random chances or results of the game. At first glance, preferential shuffling certainly looks like dealers are changing the odds of the game against players.

David Sklansky, one of the country’s leading theoreticians on the mathematics of gambling, gave me this example: For the sake of simplicity, image a casino that only keeps track of Aces. Aces favor the player over the house. When the casino dealer gets a blackjack, the player loses his bet, but when the player gets a blackjack he is paid one and one-half times his bet. So the more Aces and possible blackjacks remaining to be dealt, the better it is for the player and the worse it is for the casino.

Sklansky is outraged at the idea that casinos could change the odds in this manner. “A player has the right to expect that his odds of getting an Ace are one out of 13,” he told me. Preferential shuffling “hurts all players, not just counters.”

But, the fact that every player gets hurt may be enough to protect casinos from, at least, criminal liability.

Anthony John Campione won a large judgment against TropWorld for discriminating against him, when the casino allowed other players at the same table to play higher limits than he. But, in 1993, part of Campione’s law suit was thrown out of court — the part where he challenged preferential shuffling.

The Superior Court of New Jersey, in a published opinion, explicitly held that it does not matter that a casino’s shuffling changes the odds in favor of the house. “Finally, just as a card counter may use discretion to determine when a favorable place in the shoe has been reached, it is permissible for the casinos to exercise similar discretion in deciding when to shuffle, as long as this discretion affects everyone at the table evenly.”

Similarly, in Nevada, techniques of changing the probabilities of a game are cheating, but it is a crime only if there is intent to defraud. A dice slider, Hubert Preston Skipper, found his conviction upheld by the Supreme Court because he had a confederate block the dealer’s view of the sliding die. The Court found intent to deceive the dealer into thinking the die had been rolled properly.

If preferential shuffling is not a crime, why then do I strongly counsel casinos against it? First, it is far from clear that a casino could avoid conviction.

More importantly, courts have ruled that a casino that changes the odds may be liable for civil suits.

Nevada law does not allow players to sue casinos for gambling debts, even when the players claim the casino refused to pay. The Nevada Supreme Court has repeatedly said that such gambling contracts are not enforceable.

The same is true for blackjack.

On May 23, 1977 Nicholas Zaika discovered an extra five of spades while playing blackjack in a Las Vegas casino. He sued on the ground this extra card “increased the odds in favor of the house.” The United States District Court in Nevada refused to dismiss the suit.

Prof. Rose is recognized as one of the world’s leading experts on gambling law, and is a consultant and expert witness for governments and industry. His latest books, INTERNET GAMING LAW (1st and 2nd editions), BLACKJACK AND THE LAW and GAMING LAW: CASES AND MATERIALS, are available through his website, www.GAMBLINGANDTHELAW.com. 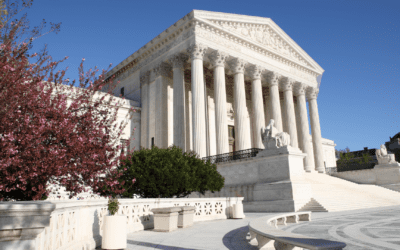 I normally write about issues involving legal gambling.  But the US Supreme Court’s upcoming decision to overturn Roe v. Wade raises the question: Can tribes open abortion clinics the way they have opened casinos?  Gaming law gives us part of the answer. Indian law is... 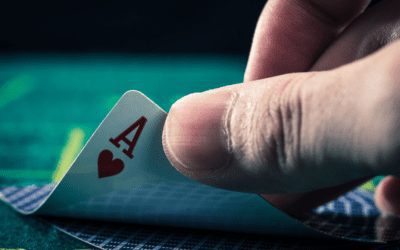 It seems the eye in the sky has acquired a brain. The watchers have learned to count cards. Casinos have installed computer programs that can tell whether players are counting cards at blackjack. By recording how players change the size of their wagers and how they... 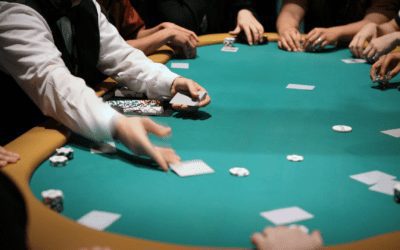 Government regulators ought to at least pretend to be neutral. This is particularly true of regulators whose main job is to protect the public. Imagine the Atomic Energy Commission saying nuclear power plants can set their own safety standards, and anyway, there is...